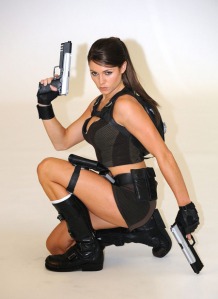 The UK receptionist/gymnast Alison Caroll has just been announced as the new face of Lara Croft. No more Angelina Jolie? Not quite, according to the Telegraph:

“But Carroll has not landed a movie role – instead she will promote the new Tomb Raider video game, Underworld, which is released in November. Nell McAndrew found fame as the first Lara Croft model in the 1990s. Carroll will star in TV adverts and travel the world to meet Lara Croft fans.

“This is a fantastic opportunity and I am really looking forward to embracing Lara’s world,” she said. “I still can’t believe they chose me to take on the role of Lara – and I can’t wait to get stuck in. This is my dream job. I have always wanted to be an action hero and hope to be able to use my gymnastic ability to perform all of Lara’s stunts.” 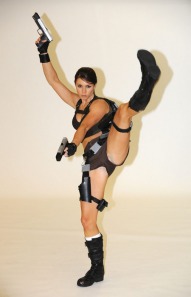 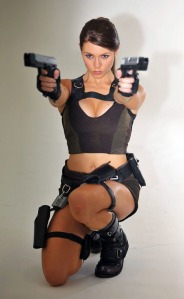