The beginning of an end of Edison’s scandal

Finally! A day without Edison Chen’s scandal in the top news (in HK anyway). I would like to take an entry to highlight some of the “by-products” that show the extent of the scandal.

Note: The scandal even makes headlines on one of the 10 most influential newspaper of the world, Neue Zurcher Zeitung. 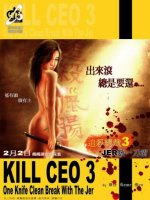 Parodies were made upon the scandal

Chen was accompanied by police officers on his way to his press conference. The amount of officers would make one think the President was passing by